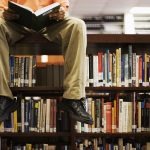 Adhesion: The abnormal union of surfaces normally separate by the formation of new fibrous tissue resulting from an inflammatory process.

Anesthesia: Loss of sensation and usually of consciousness without loss of vital functions artificially produced by the administration of one or more  agents that block the passage of pain impulses along nerve pathways to the brain.

Angiography: The radiographic visualization of the blood vessels after injection of a radiopaque substance.

Antegrade: Forward moving, as in blood.

Arteritis: Inflammation of the artery.

Biocompatible: Compatibility with living tissue or a living system by not being toxic, injurious, or physiologically reactive and not causing immunological rejection.

DEHP: Di (2-ethylhexyl) phthalate or DEHP is a synthetic chemical belonging to a family known as phthalates, which is used to make plastics more flexible. One of these plastics, polyvinyl chloride or PVC, is widely used in medical applications: IV infusion medication bags, IV lines, catheters, blood bags or enteral feeding bags and a wide range of tubes as well.

Some studies on animals indicate that DEHP may have toxic effects on reproduction and fetal development, as well as the development of the reproductive tract in the early stages of life.

Medical procedures can expose patients to higher levels of DEHP because this chemical can seep from the plastics used into the solutions that are in contact with those plastics. In the case of patients with severe pathologies undergoing multiple medical procedures, exposure to DEHP may be even greater.

Electrophysiology: Physiology that is concerned with the electrical aspects of physiological phenomena.

Embolization: The process by which or state in which a blood vessel or organ is obstructed by the dislodgement of a material mass.

Granuloma: A mass or nodule of chronically inflamed tissue with granulations that is usually associated with an infective process.

Hemodialysis: Process of removing blood from a patient with kidney failure, purifying it with a hemodialyzer (artificial kidney), and returning it to the bloodstream.

Hydrophilic: Having an affinity for water readily absorbing or dissolving water.

Infarct: An area of necrosis in a tissue or organ resulting from obstruction of the local circulation by a thrombus or embolus.

Latex: 1. any of various white viscid fluids secreted by certain plants; the variety from Hevea brasiliensis, the rubber tree, was formerly the main source of commercial rubber. Allergic reactions to natural latex are an important cause of type IV hypersensitivity reactions. 2. any of several synthetic fluids resembling natural latex, including polystyrene and polyvinyl chloride; these are not causes of latex allergy.

Latex agglutination test: A diagnostic study used to detect certain antibodies in body fluids; latex particles are used as passive carriers, and particles clump together following the addition of the antibody. One use is as a serologic test for rheumatoid factor in diagnosis of rheumatoid arthritis.

Microscopic: Invisible or indistinguishable without the use of a microscope.

Percutaneous: Effected or performed through the skin.

Phlebitis: Inflammation of a vein.

Polyurethane: A class of synthetic materials made by polymerizing an isocyanate and a polyhydric alcohol and commonly used as a foam.

Seizure: A sudden attack (as of disease); especially : the physical manifestations (as convulsions, sensory disturbances, or loss of consciousness) resulting from abnormal electrical discharges in the brain (as in epilepsy).

Stroke: Sudden diminution or loss of consciousness, sensation, and voluntary motion caused by rupture or obstruction (as by a clot) of a blood vessel of the brain—called alsoapoplexy, brain attack, cerebral accident.

All material Referenced from Tabers Medical Dictionary and Merriam-Webster Dictionary.